Do you like fish and aquariums? Would you like to visit the Sea Life London, but not sure it is good? We were very lucky to be invited to go last weekend to see exclusively their new jellyfish section and we loved it! So much indeed that I decided to talk about it in my Living Arrows post this week. We have been very lucky to spend some quality family time lately. After having been to West Sussex during the Easter Weekend, last Sunday was also a fab day out. After our visit to the Sea Life London Aquarium, we walked around South Bank and had some lunch altogether. Yes!  Grumpy Boyfriend was part of the fun and attended a blogging event! I may convert him to write his own blog one day…

Located in the South Bank area of London under the shadow of the London Eye, the Sea LifeLondon Aquarium is said to be one of Europe’s largest collections of global marine life.

We have never been before. I must say that the South Bank area recalls some mix feelings. I have great memories of lazy days with Grumpy Boyfriend. But it also reminds me of last Summer when Baba had his heart operation at Saint Thomas Hospital. I strongly remember the day before the operation when I struggled to hold it. Seeing my baby in pain was hard. It’s also the place where I used to walk errand on my rare breaks during his recovery. But today’s post is all about a happy memory, so let’s forget those dark days behind us!

Frenchie Baba is a happy and healthy bébé who was lucky enough to see many fish and other marine creatures! And we are not talking about Grumpy Boyfriend! 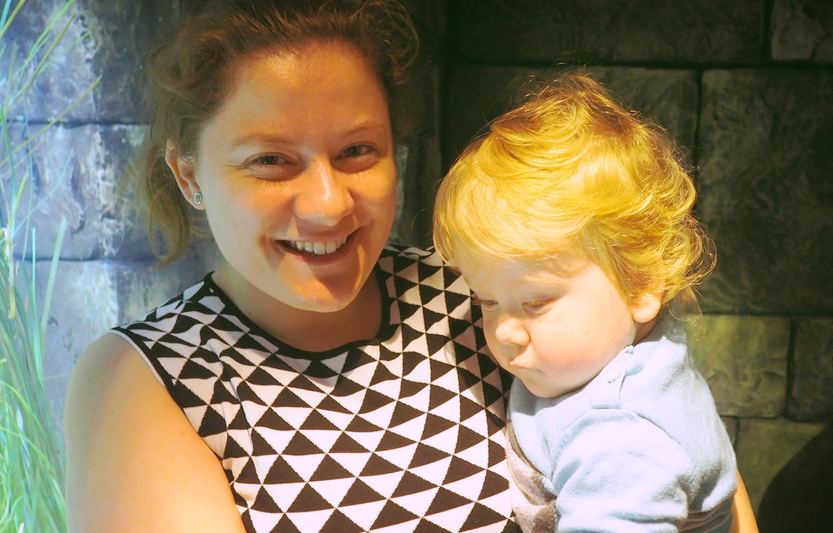 Our visit to the Sea Life London Aquarium…

Baba was well into it straight from the start. He was at the front, wanting to see it all.

I must say that I was expecting the place to be very busy and not being able to see anything. However, despite some crowd (the aquarium is very popular even early in the morning!), we managed to have a great view!

Le bébé was well impressed and I reckon he would not have minded a little swim in it too!

Baba looked very close to see if Nemo was amongst the fish.

And we also pretended that we could become formidable sailors! 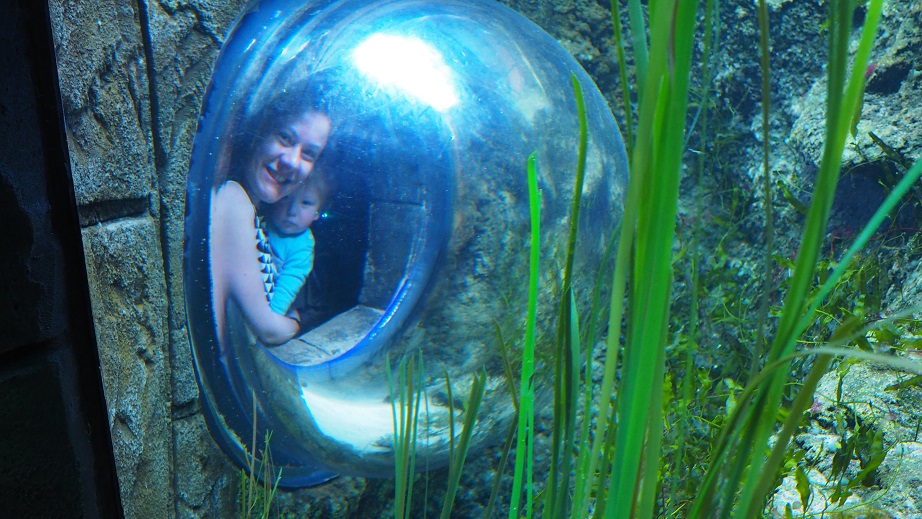 As Grumpy Boyfriend was part of the fun, we actually made good use of him. He became the official photographer of the day.

But don’t you worry! Frenchie Mummy was quickly back in charge to capture the best of the place! 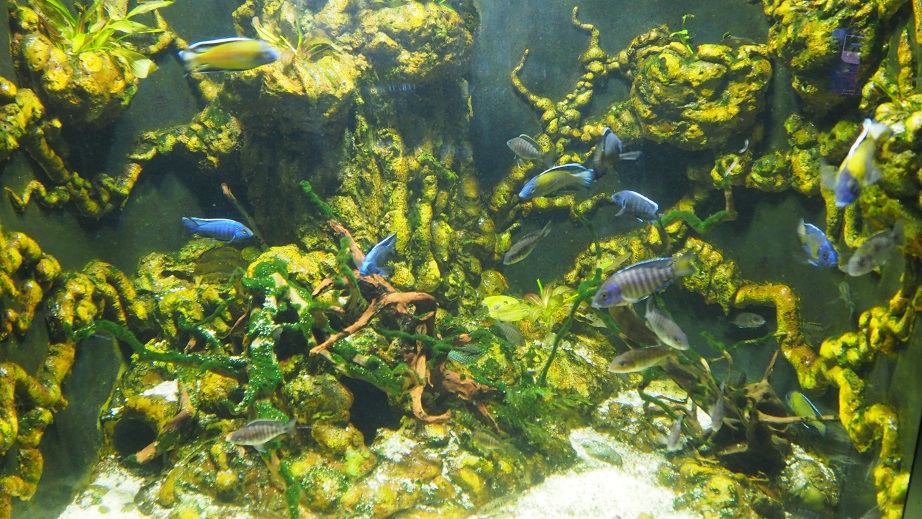 That means a lot of fish… 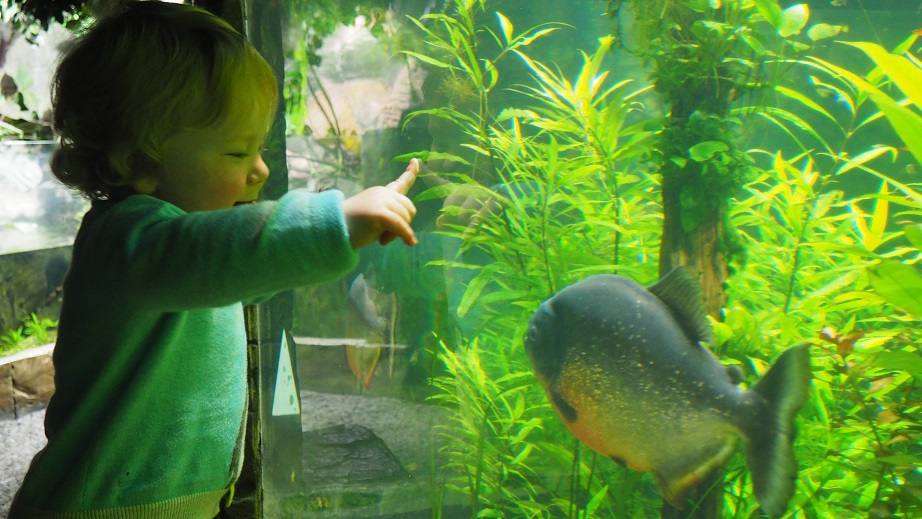 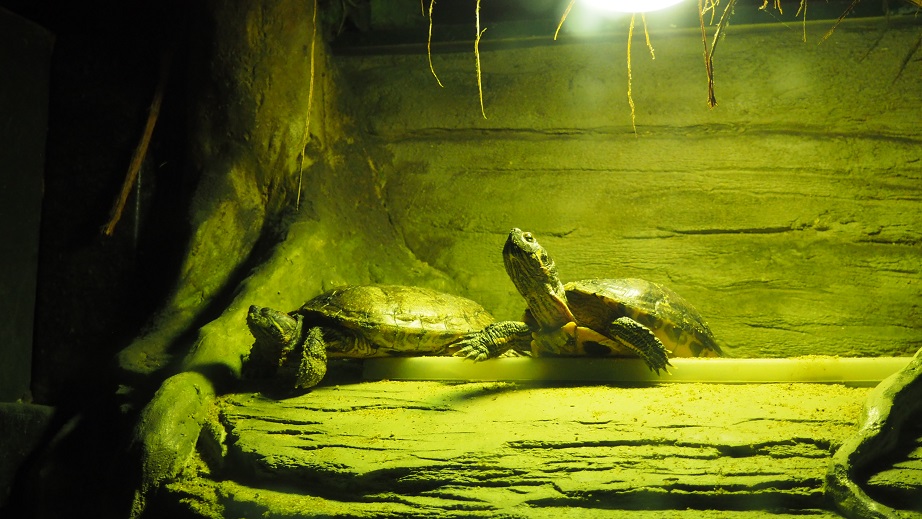 Some tortoises having a whale of a time. Pardon, I could not resist making this bad play on words 🙂

Bien sûr, the climax of the visit was the jellyfish section. No Frenchie Baba in this shot as he was falling asleep. Too much fun previously and he was quick to be worn out. Therefore, Frenchie Mummy had to strike a pose…

And even once out, I carried out my duty.

We really enjoy our visit to the Sea Life London Aquarium. I had never been before and was a bit worried that it would have been too busy to enjoy it. But we actually had a great time and spent about an hour and a half admiring some diverse marine creatures and learning many facts about them!

I will definitely come back with Baba when he is older!

Did you like reading our visit to the Sea Life London Aquarium? Then be quick to book your tickets here and see the magic for yourself!

Disclosure: We received free tickets to see the Sea Life London Aquarium in exchange of an honest opinion.